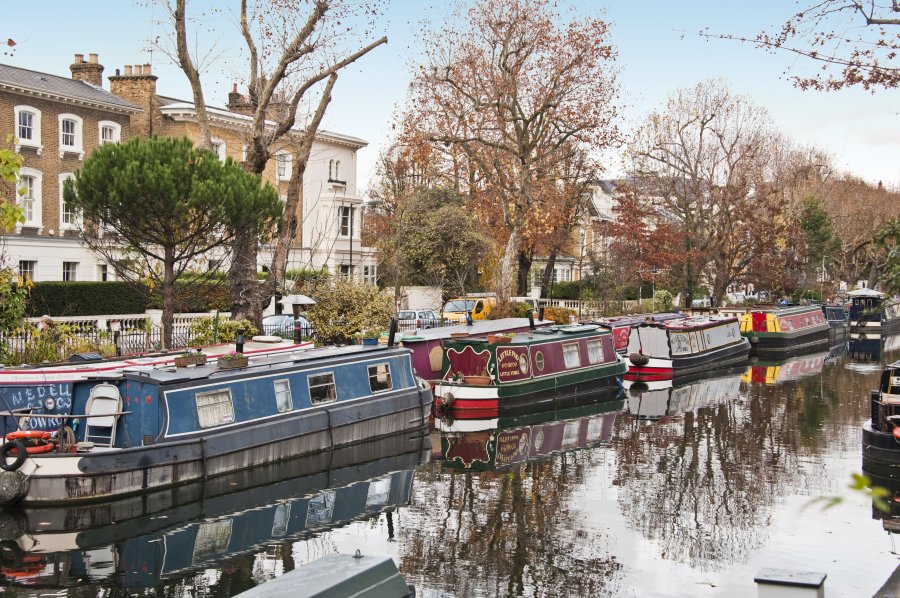 Known for being one of the ‘prettiest locations’ in London, it’s no surprise that properties in Little Venice are highly sought after. In fact, a home in Little Venice is like a treasured possession - once a person owns a property, they tend to keep hold of it – making homes that do become available highly desirable.

Located to the north of Paddington and close to Maida Vale, Little Venice is positioned where the Grand Union and Regent’s Canal meet, providing the perfect place for colourful barges and house boats to moor. Adding to the charm is Browning’s Pool (sometimes referred to as Browning’s Island) – a ‘roundabout of the waterway’ named after the poet Robert Browning, who lived nearby. The scene of willows and wildfowl is quite unique, and is complemented by a number of quirky waterside cafés, cosy pubs and charming restaurants.

Many of these ‘must have’ properties come with stunning views not often associated with London living - either of the canal or of lush communal gardens. Clifton Villas are much sought after, as are the properties that line Randolph Road, Randolph Crescent, Blomfield Road, Warwick Avenue, Warrington Crescent and Maida Avenue.

Little Venice residents of note – past and present - include Sigmund Freud, Robbie Williams and Noel Gallagher, who enjoyed the certain level of anonymity that this secluded corner of the capital offers. Going back in history, Alan Turing – the maths genius and code breaker who will feature on the new £50 note - was born in Little Venice, in a hospital that is now The Colonnade Hotel.

Whilst going for a walk or a cycle along the towpath is a Little Venice pleasure, the neighbourhood offers more than scenic vistas. The Puppet Theatre Barge has been putting on a programme of magical puppet shows for over 30 years, while The Canal Café Theatre is home to first-class comedy and cabaret shows, launching the career of Miranda Hart, among others. Living in Little Venice isn’t complete without regular visits to Clifton Nurseries – the oldest garden centre in London and home to The Quince Café.

Little Venice also enjoys a thriving dining scene. The Summerhouse and The Waterway both offer great views of the canal, while Pearl Liang is one of London’s most highly rated Chinese restaurants. Bridge House is a bar and restaurant for all seasons, with a waterside terrace for the warmer months and a roaring fire for chillier days. Also worth noting are the Prince Alfred & Formosa Dining Room, and Les Petits Gourmets.

If you have big intentions to buy, sell, let or invest in Little Venice, the Behr & Butchoff team is ready to help. Please get in touch and we’ll be happy to take your on a tour of neighbourhood.