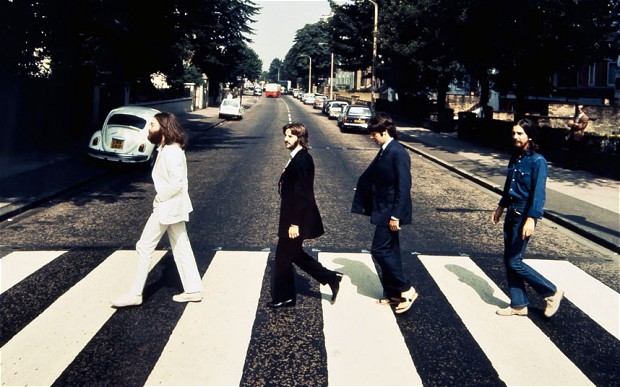 St. John’s Wood is internationally synonymous with The Beatles and a very special anniversary has just passed – 50 years since the band’s 12th studio album, entitled Abbey Road, was released on 26th September 1969.

Originally the album was going to be called ‘Everest’, although it was decided a trip to Mount Everest for sleeve photography wasn’t possible and so an alternative location closer to home was chosen. The rest is history and probably pop’s most iconic photograph was taken outside Abbey Road Studios on the now famous zebra crossing, which is less than a 10 minute walk from the Behr & Butchoff office.

In celebration of the Abbey Road album turning 50, we explore The Beatles’ connections to St John’s Wood.

Abbey Road Studios: described as ‘the most famous recording studio in the world’, this is where The Beatles recorded frequently. The history of the building dates back to 1929, when the Gramophone Company acquired the nine-bedroom Georgian townhouse at 3 Abbey Road, St John’s Wood. It was opened two years later in November 1931 by Sir Edward Elgar.

In 1985, the studio was re-named Abbey Road Studios after the famous album. The studios are still very popular today and have been used by Pink Floyd, Kate Bush, Oasis, Radiohead, Ed Sheeran, Adele and many others.

Abbey Road zebra crossing: the image chosen for the album cover has become one of the most imitated photographs in history. Ian Macmillan, the photographer on the day, was only given ten minutes to work. He stood on a step ladder while a policeman held up the traffic, taking just six photos from different directions for the band to choose from. The chosen image was one of the Fab Four walking away from the studios, which can be interpreted to represent their imminent disbandment. In 2010, the crossing and Abbey Road Studios were declared an English Heritage Grade II listed site for their cultural significance, and since 2011, a webcam has been trained on the crossing to record live footage that can be watched at any time.

Paul McCartney’s home: back in April 1965, Paul McCartney bought a three-storey Regency townhouse at 7 Cavendish Avenue in St John’ Wood for a reputed £40,000. In 2011, the home hosted Paul and Nancy Shevell’s wedding reception and the property is believed to still be in Paul’s ownership – with an estimated value in today’s market of £15 million!

Baristas & Beatles: St. John’s Wood underground station is home to a loosely-themed Beatles café. While no longer the memorabilia-stuffed Beatles Coffee Shop, the outlet still sells some Beatles items and is now named Helter Skelter after the band’s 1968 hit.

If you are a fan of The Beatles and would like to retrace their footsteps on a daily basis, contact Behr & Butchoff. We frequently have properties for sale and to rent in and around Abbey Road.